Nu`alolo Kai is an ancient Hawaiian fishing village along the Na Pali Coast, only accessible by boat (boats must have permits). This small land area is backed by sheer cliffs and was useful to Hawaiians because of its protected reefs. 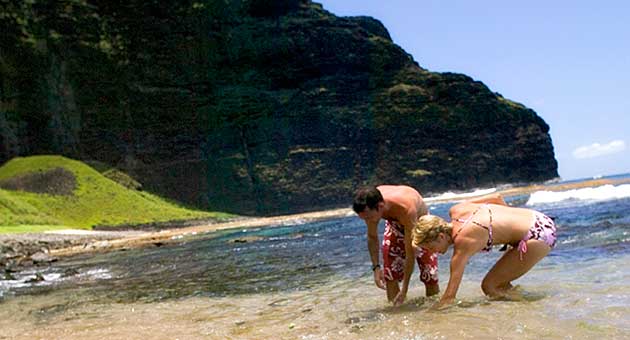 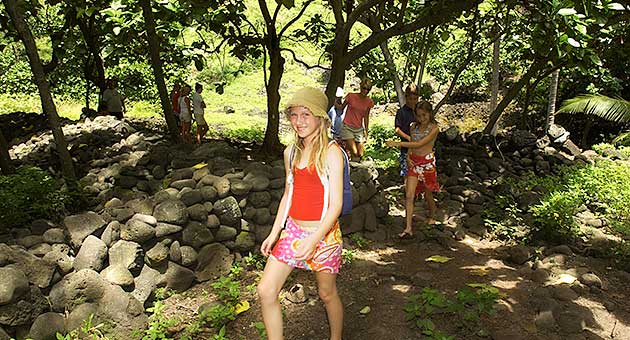 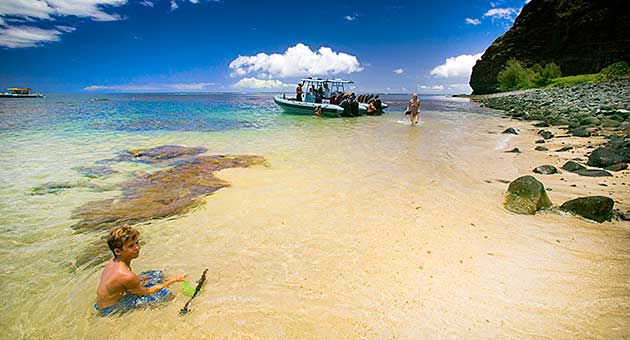 The area contains a collection of cultural and archaeological sites, which are being discovered to this day.  Archaeological evidence suggests that Nu‘alolo was continuously occupied for 800 years, from the 12th through the 20th centuries. Some of the structures at Nu’alolo Kai are among the most impressive along the Na Pali.  Being one of the first sites in Hawaii to have been studied extensively by archeologists, surveys of Nu`alolo Kai reveal remnants of structures of impressive complexity and sophistication.

Access to Nu`alolo's remote beach and reef is granted to special, permitted boats only. Capt Andy's Na Pali Day Expedition offers a rare opportunity for guided tours of the restored archeological sites and snorkeling in the remote reef that once sustained the Hawaiians that lived there.

Because of the remote location of the coastline, only accessible by water, the delicate archaeological sites housed in Nu`alolo are in constant threat of being overgrown with invasive species and vegetation. The Na Pali Coast `Ohana, a volunteer organization working in cooperation with the State Parks Archaeology Program, is dedicated to maintenance of the area and supporting continued research of these ancient sites.